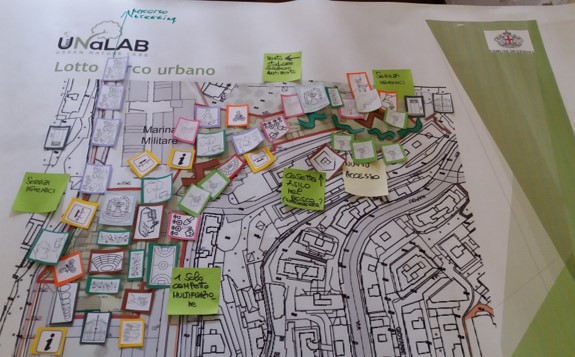 At the second co-creation workshop, the themes highlighted in the first session were deepened. At the same time, tables at which a mixture of the quadruple helix gathered, had to look at different subjects.

At the final workshop, a co-planning session took place, where participants could propose functions (deemed compatible) and place them on the plan of the area, within the perimeter identified for the project.

With the co-creation activities, the Municipality of Genova could see that the emerging issues were slightly different from those selected at the start.

Participants identified the following key aspects for restoration of the Gavoglio area: