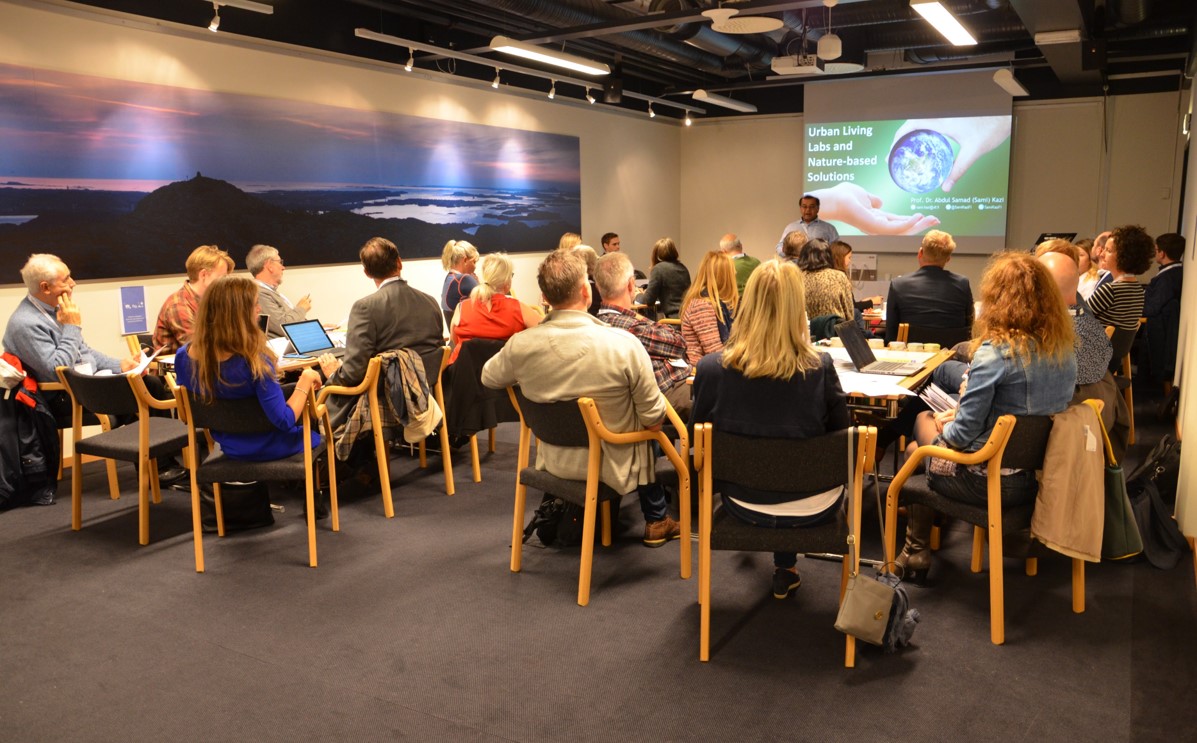 The ENoLL team was at the Nordic Edge Expo & Conferance running a workshop within the scope of the UNaLab project titled Co-creating Smart Nature-based Liveable Spaces – Necessary Solutions for Real Life Challenges. The workshop, which was held on 26th September, was co-organised with ERRIN and its Smart Cities Working Group members Eindhoven, Stavanger Region EU Office and Cities Northern Netherlands. We used the CoCo toolkit methodology, which was developed by ENoLL Member Laurea University and allowed an interactive session for all participants.

The session was opened by Ryan Titley (ERRIN) and Zsuzsanna Bodi (ENoLL), who introduced the work of the two networks they are representing. The introduction to urban living labs and nature-based solutions was given by Sami Kazi, UNaLab project coordinator. The two concepts can be unfamiliar to participants and to fully immerse in the co-creative session, the basic concepts have to be well understood. Particularly the concept of nature-based solutions (NBS), which is defined by the European Commission as “solutions that are inspired and supported by nature, which are cost-effective, simultaneously provide environmental, social and economic benefits and help build resilience”.

Following the UNaLab presentation, we looked into urban living labs and living lab services. Three successful living lab examples presented their work: the city of Eindhoven, which is also a UNaLab partner developing nature-based solutions in the city centre; Gate 21, which is a Danish living lab host organisation developing smart city projects in Copenhagen; and OULLabs, showing us how living labs can provide a wide range of services to companies.

As the audience warmed up to the idea of urban living labs and nature-based solutions, the co-creative part of the session began. Four tables were tackling four different challenges, that had been put forward by different European cities.

You can find more pictures from the workshop here.

This article was originally posted on ENoLL's website and can be accessed here.