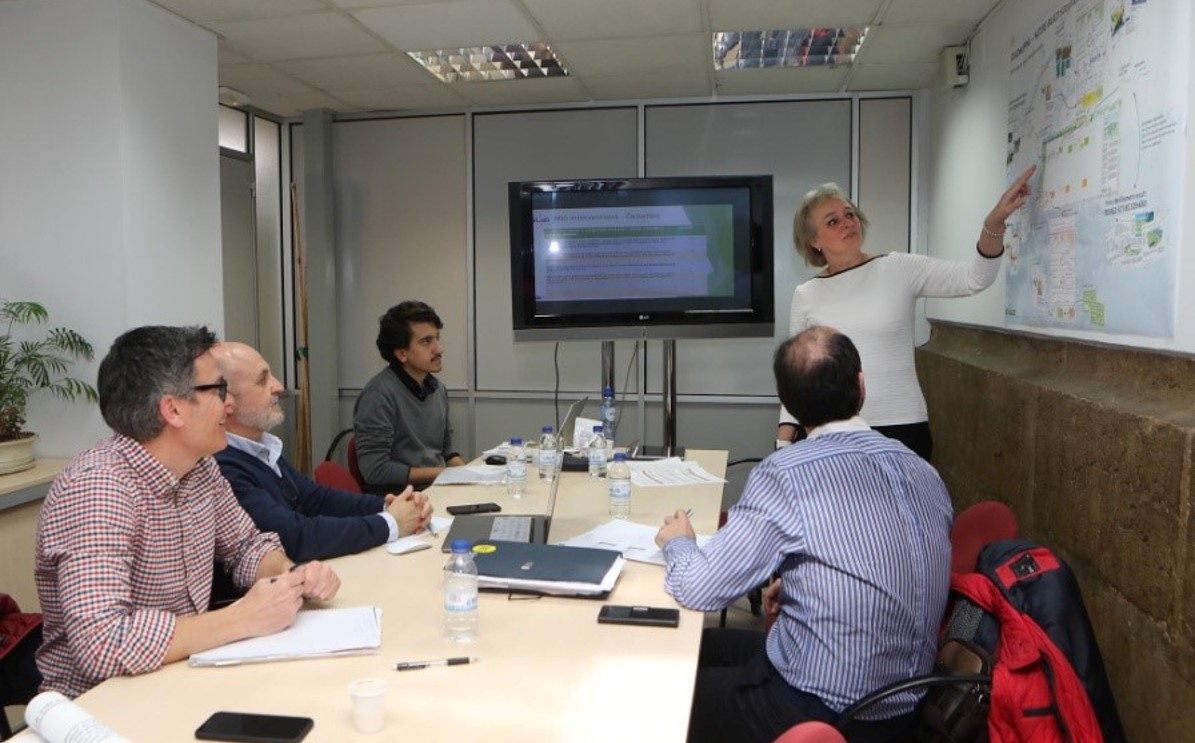 In the beginning of March, a delegation from the Eindhoven University of Technology visited Castellón to prepare a workshop, which will take place in November jointly with Espaitec and the City Council of Castellón, with the idea to create a framework for the implementation of innovative nature-based solutions (NBS) in UNaLab follower city Castellón through co-creation workshops.

After the coordination meeting within the Municipality of Castellón, representatives from the Eindhoven University of Technology conducted interviews with the most important companies working with NBS in the city (FACSA, BECSA, ITC, F2E). The interviews provided enough information to create an initial map of the nature-based solutions that should be implemented in order to achieve the city’s vision for 2050.

The roadmapping and replication framework workshop will take place in the first week of November and will gather together the local authorities, the innovative ecosystem of the city, and the local NBS experts with the aim to explore the viability of implementing the different nature-based solutions in the city.

The NBS interventions to address the climate challenges of the city will be grouped as follows:

The City Council of Castellón and Espaitec are currently preparing the next step, which is creating a co-creation group with the local facilitators of NBS in order to start working on the future solutions for the city.