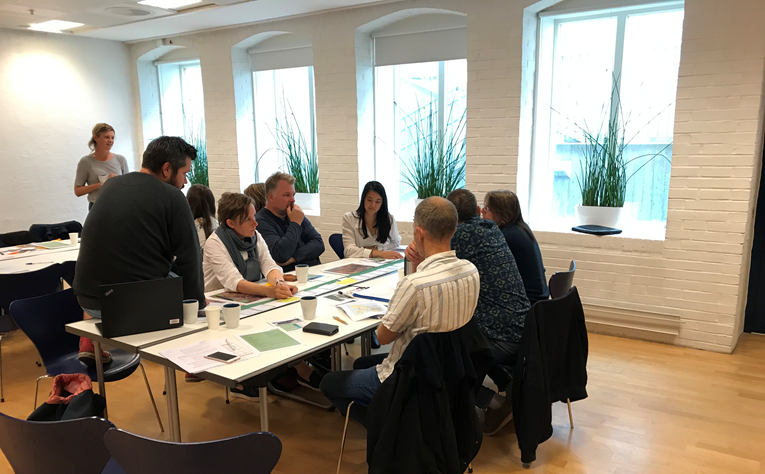 The key output for the follower cities in the UNaLab project is roadmaps for climate change adaptation through nature-based solutions (NBS). Through a series of workshops and on-site assessments, the cities move from establishing the status quo and their ambition for NBS and climate change adaptation, to creating a vision for 2050 and finally creating a roadmap with goals and potential projects to realise the vision. To create these roadmaps, Roadmapping workshops will be held in each follower city.

This August, researchers from the Technical University of Eindhoven and Fraunhofer came to Stavanger for the final round of workshops in the roadmapping process, working on city specific challenges and their nature-based solutions.

The Roadmap workshop is a two-day workshop. The first day is centred around finding nature-based solutions to specific challenges caused by urban densification and climate change in each city. In Stavanger, internal and external stakeholders came together to work on the following challenges:

On the second day, internal managerial level and key internal experts joined forces to investigate what can and needs to be done from a governance viewpoint to ensure successful implementation of NBS projects. Drawing from both the on-site analysis for Stavanger and the discussions on the first day of workshops, the following governance interventions were selected:

The discussions on both days followed an approach developed by TUe and Fraunhofer, involving inspiration cards for NBS, financing and governance measures, the use of timelines, and a project development process. Working through the different challenges in this way, there were rich discussions around the tables, new ideas were developed, and barriers were identified. The participants experienced first hand the value and importance of working on these challenges in a cross-sectoral, multidisciplinary way.

At the end of the workshops, potential projects had been developed for each challenge, taking us from status quo to the desired future scenario. Intermediate goals on the short and long term, 2025 and 2035, had also been identified to help us on the way. The potential projects and goals combine to form the roadmap for nature-based resilience in Stavanger by 2050.

In the coming months, researchers from TUe and Fraunhofer will be visiting the remaining follower cities in UNaLab to complete their individual roadmaps.