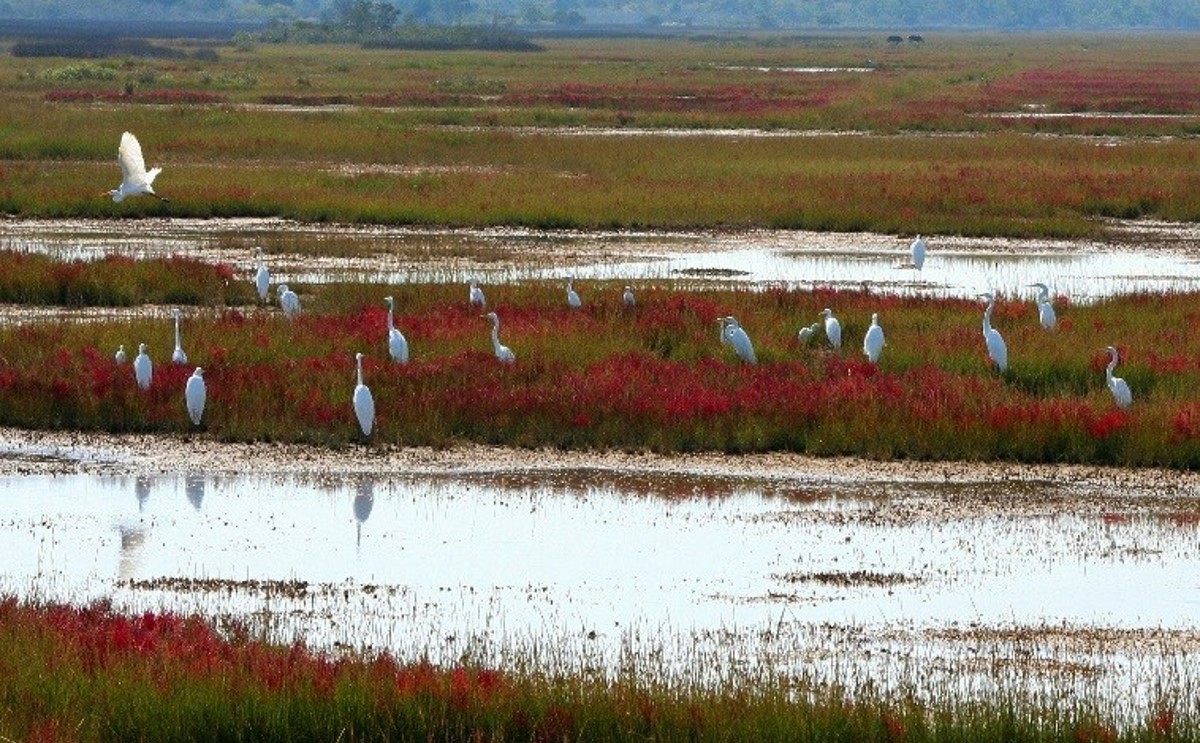 Wetlands are areas of land that, due to their position in the landscape, are periodically or continuously wet throughout the year. They form in response to wet conditions and serve to control water flows, as well as to improve or maintain water quality. Critical ecosystem services provided by wetlands include:

Wetlands also provide recreational and educational opportunities for people of all ages. The ecological importance of wetlands, as well as their aesthetic and recreational appeal, highlight the need for wetland conservation, restoration and construction. In the last 300 years, 87% of the world’s wetlands have been lost to land degradation with 54% of wetland loss occurring since 1900.

Wetlands filter incoming water and can capture and store or transform many environmental pollutants, making wetland function in the landscape similar to that of kidneys in the human body. The processes via which wetlands remove pollutants vary depending on the specific wetland type or design and the pollutant(s) being removed. Several different physical, chemical and biological processes may be at work simultaneously to remove pollutants from waters entering wetlands.

Constructed wetlands are specifically designed to suit local environmental conditions as well as the type and quality of the water to be treated. Constructed wetlands can range from small, single-house installations for runoff filtration, to larger wetlands for treatment of domestic or industrial wastewaters from whole communities, or even very large-scale wetland systems that act as filters for entire catchments. Constructed wetlands are most commonly used to treat the following types of water:

Wetlands, whether natural or constructed, act as a hydrological buffer by slowing the flow of water as it moves across the landscape. By capturing, storing and slowly releasing rainfall and snowmelt, wetlands reduce flooding, flood hazards and the associated costs, and reduce soil erosion. Wetlands also help to maintain base flows during dry periods.

The water flow regulation function of wetlands may become increasingly important in the future as climate change intensifies the global water cycle and demand for freshwater increases to support the world’s growing population. Periodic flooding frequently coincides with over-exploitation of available freshwater resources and water scarcity due to temporal misalignment between water supply and demand. Flood and drought events are expected to increase both in frequency and in severity in the future. Parts of Eastern Europe and Scandinavia are among those considered subject to the greatest flood risk. At the same time, meteorological and hydrological droughts are expected to increase in frequency, duration and severity across most of Europe, but particularly in South-Eastern Europe.

Their role in the natural ecosystem as regulators of water flows means that conserving, restoring or constructing wetlands contributes to reducing disaster rick. From 1980-2016, EEA member countries experienced total economic losses of €410 billion attributed to climate-related extremes, with more than one-third of losses due to flood and drought. The predicted increase in heavy precipitation events will yield an estimated five-fold increase in mean annual economic losses due to flooding across Europe, increasing from an average cost of €4.6 billion (2000-2012) to approximately €23.5 billion by 2050.

Wetlands can contribute a great deal to biodiversity enhancement by providing essential habitat for many species of plants, fish, mammals, birds, amphibians, reptiles, invertebrates and other wildlife. Hundreds of different species of plants and animals depend on wetlands for their survival, with many using wetlands as nurseries for their young. A variety of factors can influence the diversity of wildlife and benefit of wetlands on the surrounding environment, such as wetland size, water level control, variation in water depth across the wetland, the diversity of wetland plants and the length of edges between plant zones.

The species richness typical of wetlands contributes to their recreational and aesthetic appeal. One of the more critical aspects of wetland conservation, restoration or construction is determining the optimal level of accessibility that supports a high level of ecosystem service provision as well as strongly supporting recreational and educational opportunities. Co-creating wetland conservation, restoration or construction plans with stakeholders can help to ensure that the factors of greatest significance to the local population are considered when designing constructed wetlands to be beneficial for both wildlife and recreational use.

The full blog post, including tables and references, can be found as an attachment.