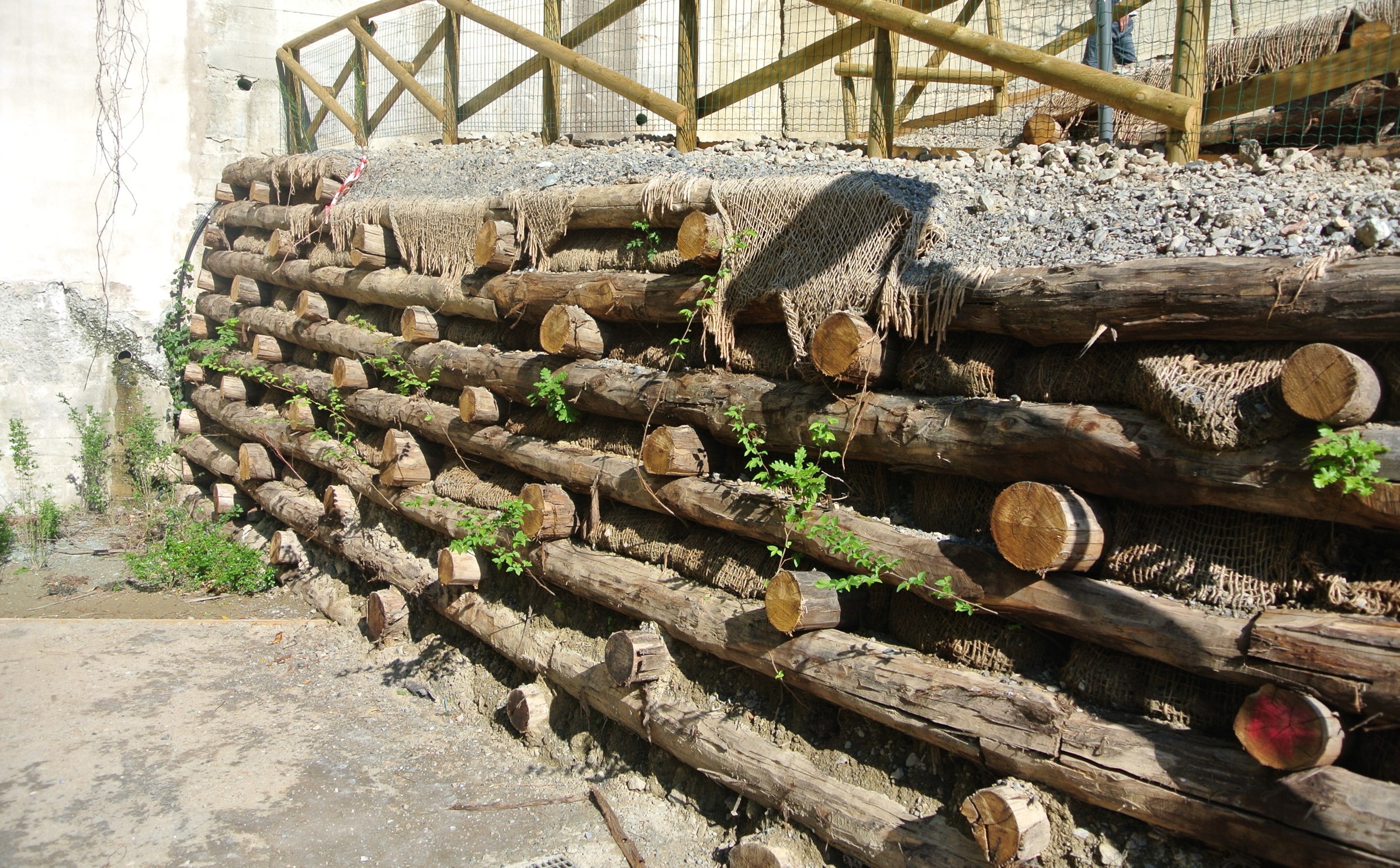 The building site of the Gavoglio park is a very harsh spot located in an urban canyon stretching from the Parco dei Forti natural reserve to the busy international city harbour. The dense urbanisation that characterised this neighbourhood, called Lagaccio, in the decades of the booming economy generated severe residential pressure and lack of infrastructure, public services and open spaces. Lagaccio has one of the highest immigration rates in the region.

The partners of the UNaLab project have been developing here a pilot to demonstrate the benefits provided by several nature-based solutions for these challenges. A new park is arising on a former military barrack: accessible open spaces are replacing an inaccessible compound, lively trees and playgrounds are appearing where five derelict buildings were standing, and porous pavements prevail on sealed surfaces.

Since spring 2021, the construction of the park has become a familiar acquaintance of the residents and the bulky buildings once occupying the bottom of the valley left an inviting empty canvas to reimagine the city. The local association “La Casa nel Parco” (the house in the park) settled in the ancient main building of the barrack a few years ago, which will stay as a welcoming gateway to the park. In the wide squared inner yard, often filled by voices and laughs of children, they are taking care of the community by organising educational workshops, social gatherings and communication actions to prepare the ground for the coming of the new much desired park.

On the other side of the wall, construction works proceed at relentless pace. The big hole dig to adapt the underground canalisation of the Lagaccio stream has been filled, thus providing a safe setting for the upcoming public square. Further uphill in the narrow Cinque Santi Valley, gabions made from demolition debris and local stones reshaped the steep topography and created a new sequence of landscape rooms. At the bottom, the pond of a raingarden is already collecting rainwater from the slopes, hosting its first inhabitants - a mallard family. Nearby, a regular concrete slab anticipates the sport field. Further up, the spaces for the picnic area can be perceived and both a staircase and an elevator connecting to the school have been built. A complex system of ramps supported by natural engineering techniques leads till to the top of the park winding among green patches and afforested slopes. Draining pavements and bioswales secure rainwater management. First plantings occurred in spring, whilst works will be completed by the end of 2022.

Meanwhile, Genova University, appointed by the Municipality, has started monitoring activities to report the first impacts of nature-based solution on the local environment. Whilst nature is slowly taking possession of the area, citizens await to walk the first steps in this new park next-door. A novel chapter of this community is going to be written.