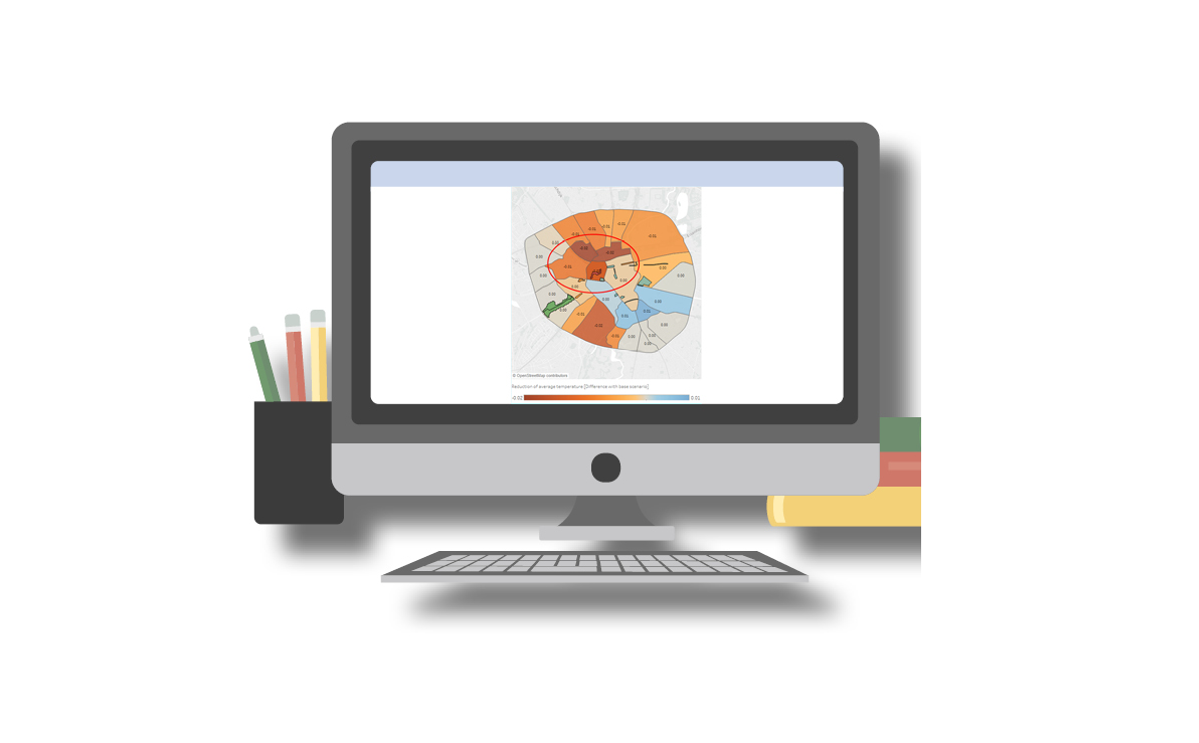 To assess the direct (short-term) and indirect (medium to long-term) impacts of nature-based solutions (NBS) and strategies on urban heat and air quality, flooding and water quality, biodiversity, and sprawl, gentrification and real-estate valuation, UNaLab is developing the systemic decision support tool (SDST) that integrates and builds upon data and information from disciplinary component models into a spatially-explicit framework at the landscape scale (see Figure 1). The SDST will be used in the front-runner cities Tampere (Finland), Eindhoven (The Netherlands) and Genova (Italy) to assess the potential impacts of; i) implemented NBS during the lifetime of the project, and ii) future NBS strategies considered beyond the lifetime of the project.

The SDST, and its disciplinary component models, share a common database that includes climate and meteorological, land use, pollutant emission, air and water quality, biodiversity, demographic and socio-economic data. A representative ‘2015’ pre-NBS baseline is established based on data from 2012-2016, which correspond to long-term average temperature and precipitation data for the considered front-runner cities.

The following state-of-the-art disciplinary component models are integrated within the SDST to allow for the impact assessment of NBS without (‘2015’) or with (‘2030’/’2050’) climate change and/or population growth:

- Flooding and water quality are assessed using the InfoWorks, MIKE-Urban/MIKE-Flood and/or SWMM models;

- Ecosystems and biodiversity are assessed using the InVEST-HQ and/or iTREE models; and

Scenario simulations are performed for the reference scenario (‘2015’) as well as for NBS and climate change and/or population growth scenarios (by ‘2030’/’2050’). NBS scenarios and characteristics (e.g. NBS type, location and area, design and technical features), required by the disciplinary component models, are derived from local information, the NBS Technical Handbook and literature.

Preliminary NBS scenario simulation results for the city of Eindhoven (see Figure 2) show that, depending on the scale and locations of implementation, NBS provide expected multiple local direct impacts and benefits (e.g. urban cooling and increased accessibility to green/blue space). Indirect impacts, associated with urban contraction, densification and gentrification, may however offset (e.g. increase in anthropogenic heat fluxes) or enhance (e.g. increase in real-estate values) some of these local direct impacts while providing overall, albeit re-distributed, benefits and co-benefits at the city scale (e.g. reduced urban sprawl).