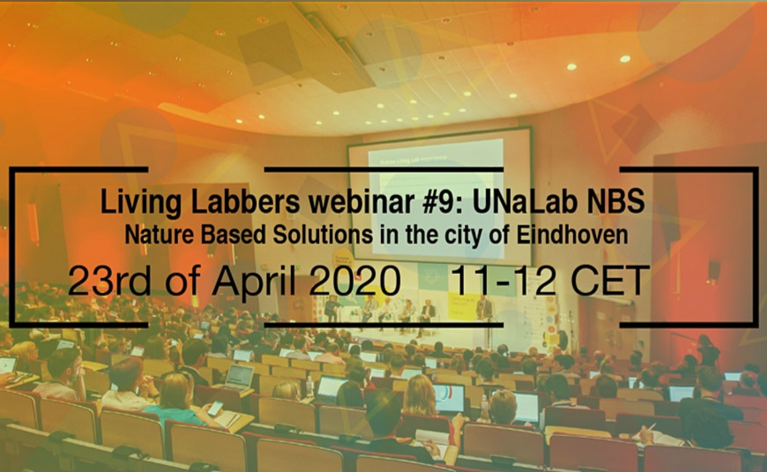 The Living Labbers webinar series of the European Network of Living Labs showcases the variety of Living Labs across the globe. Realised in collaboration with the iSCAPE and UNaLab projects, the webinars are structured around the Urban Living Lab framework: providing insight into various aspects of Living Labs' contexts, innovations, governance & financing models, and even some personal views on their way of working and the people involved.

Next up in the series we present to you the UNaLab front-runner city Eindhoven.

Several locations within the Eindhoven city centre with different characteristics constitute Eindhoven's demonstration areas for nature-based solutions. Eindhoven has implemented green spaces in several streets within the city, which previously were completely paved. By using less pavement, less water is channeled into the sewerage system, which reduces the risk for flooding. The city is currently greening the Vestdijk area and reducing traffic to improve air quality, while also improving the quality of the existing green areas to enhance the livability of the street.

The Clausplein will be reconstructed and the plan is to add trees and other green infrastructure to the square. A green roof will also be implemented on one the buildings surrounding the square. Further, the city is planning to implement a green wall on Mathildelaan and a green roof on a public building.