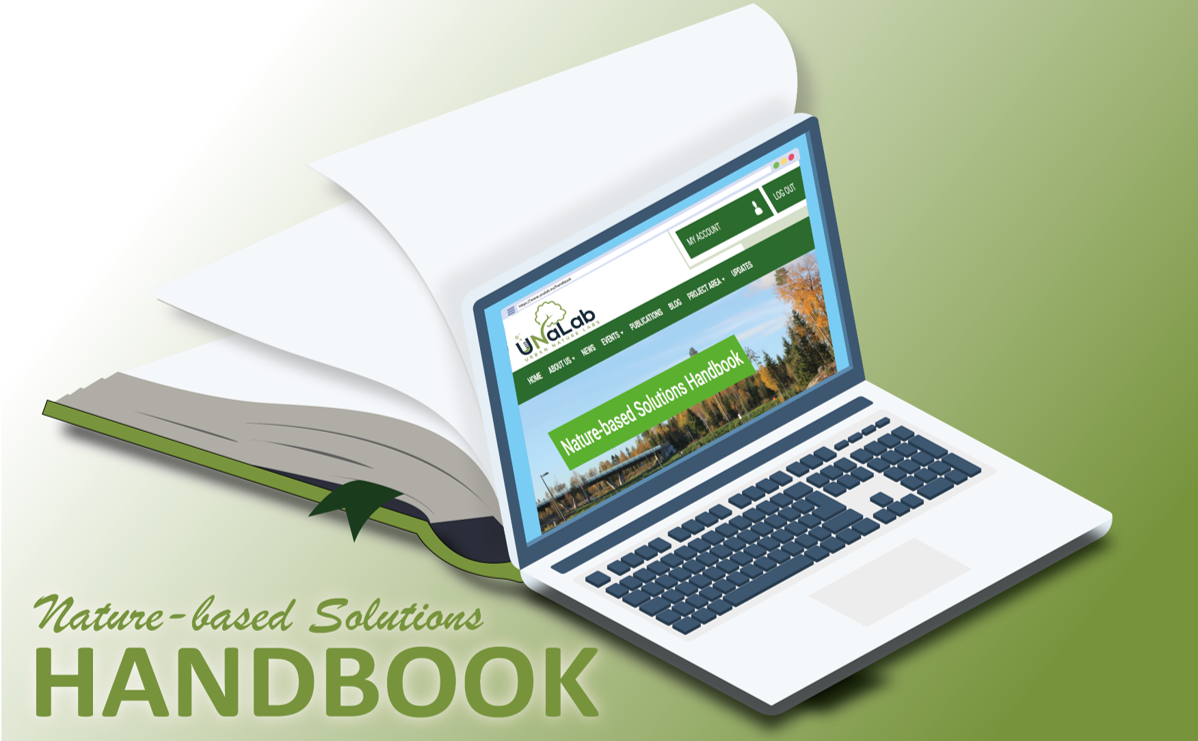 The UNaLab project has developed a first draft version of its Technical Handbook of Nature-based Solutions. This handbook was developed to deliver the knowledge base for the participants of the co-creation workshops in the front-runner cities, as they represented a broad range of stakeholders, such as decision makers, practitioners and members of civil society, with diverse backgrounds and knowledge of NBS, planning and design aspects. The handbook provides accurate, detailed information on the full range of potentially applicable nature-based solutions (NBS) to support urban climate and water resilience, their anticipated or demonstrated performance, and their limitations. This handbook will be a living document throughout the course of the project and the final version will be published towards the end of the UNaLab project. The final version can therefore be used both by the project’s follower cities, as well as by cities beyond the UNaLab project.

Each NBS type contains a general description of the main functions of the NBS, followed by information on how the NBS is inspired by nature. This is followed by information on the main technical and design parameters and important site conditions for the NBS implementation, and the main benefits and limitations of the NBS for the urban ecosystem. Finally, the handbook provides an overview of the performance of each NBS, which is rated with regard to the following ecological services: cooling service, water regulation service, water purification service, air purification service, biodiversity, and amenity value service.

The different NBS also refer to case studies, which function as best practice examples of combined NBS in a real environment. These case studies are presented in detail in the third part of the book. The case studies range from specific design solutions on a plot to municipal concepts for climate change adaptation.

Please note that the current version of the handbook is a draft version that has not yet been approved by the European Commission.