The Follower Cities’ Journey Towards an NBS Roadmap 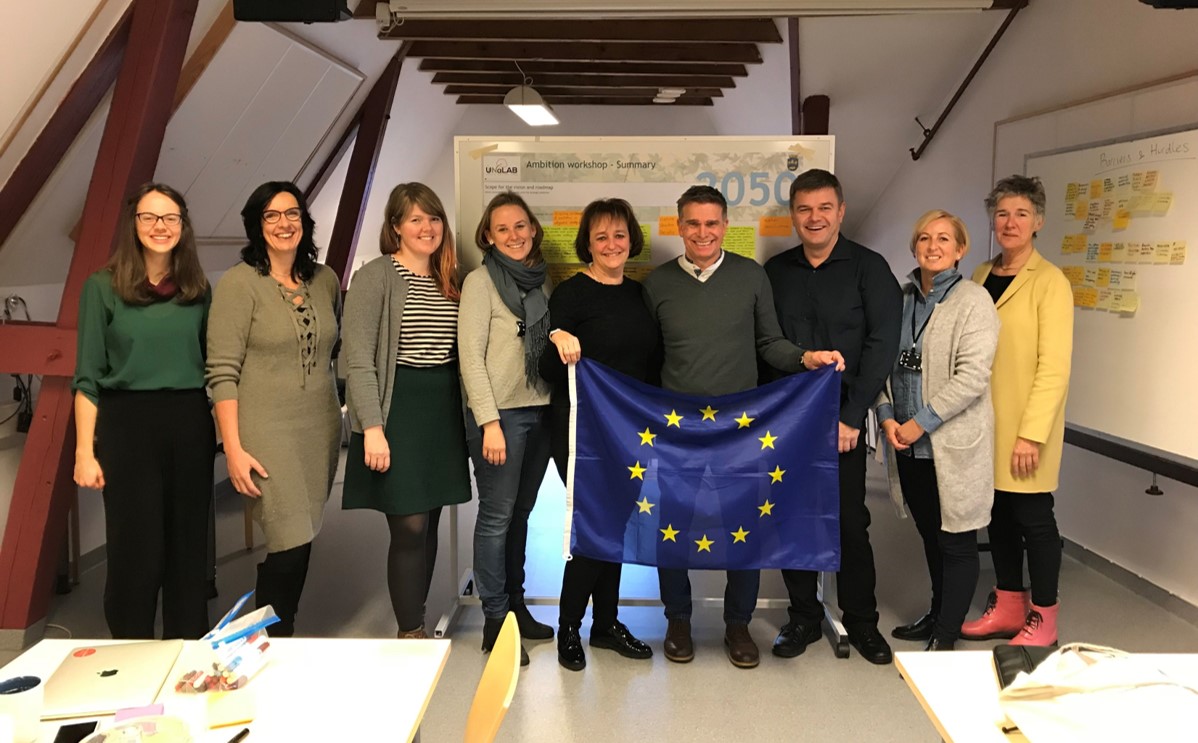 The Follower Cities’ Journey Towards an NBS Roadmap

The UNaLab project’s five European follower cities Stavanger, Cannes, Prague, Castellón and Başakşehir are currently working on developing their roadmaps for nature-based solutions (NBS), which will support the cities in achieving their sustainable urban development and resilience goals. This roadmapping process consists of a series of three workshops in which the follower cities, together with local stakeholders, will co-create their own NBS roadmaps. The aim of the roadmaps is to support the implementation of policies and measures for nature-based solutions in the cities.

The process of creating roadmaps for the follower cities kicked off in late 2017, when the UNaLab partners from the Technical University of Eindhoven started travelling to the follower cities to conduct a series of workshops, which would result in the cities’ overall ambition for sustainable urban development and climate change adaptation through nature-based solutions. These Ambition Workshops brought together ideas from a broad range of stakeholders in the cities and resulted in concrete, strategic ambitions that the cities want to achieve by 2050.

Building on these strategic ambitions, the Technical University of Eindhoven later returned to the follower cities during summer and fall 2018, to support the development of a vision of the desired future scenarios for the cities in 2050. The aim of the Vision Workshops was to develop a more detailed vision for climate and water resilience in the follower cities. The main elements of the vision were defined on the basis of the cities’ stated ambitions.

Many local stakeholders, including NGOs, universities, local companies and public entities worked together to develop the visions for their respective city. While different ideas and perspectives were discussed during the workshop, a graphic designer was drawing an illustration of the vision which was projected on a large screen. The illustration visualised the ideas of where the city envisions itself in 2050.

The UNaLab partners from Fraunhofer conducted their on-site assessment alongside the vision workshops in the follower cities. The on-site assessment is a key step in the roadmapping process, as it defines the status quo of the cities and helps to identify where the cities need to focus their efforts to achieve their ambitions for 2050. The Fraunhofer team conducted several interviews with key internal and external stakeholders from cross-cutting fields and gathered information on key indicators and potential action fields in the cities. A workshop was also held in conjunction with the interviews to identify possible intervention areas for nature-based solutions to increase the cities’ resilience.

The third and final workshop of the series will take place in the follower cities in 2019. In these Roadmap Workshops the identified gaps between the cities’ status quo and their visions for 2050 are defined in opportunities for nature-based solutions. These will be the starting point for designing a roadmap designed to define the next steps for becoming a climate- and water resilient city by 2050.